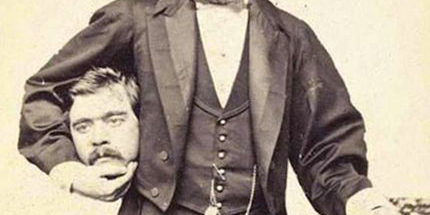 Sod the Victorians. If splitting an infinitive makes your copy better, do it

“To boldly go where no man has gone before…”

I’ve boldly been to a few places where loads of blokes have been before.

Especially after a few gins.

And I can safely say, in those moments, I wasn’t thinking about the most debated split infinitive of all time.

I am now. But I still couldn’t care less about it.

Does that make me ‘obscene’, ‘vile’, ‘cretinous’ or just thick?

For now, though, it’s time for the dull bit

For those who don’t know, an infinitive is formed from a verb.

So, if I write ‘Neil had to drink the gin and run’, the infinitive is ‘to drink’.

Now, if I throw an adverb like ‘quickly’ in between ‘to’ and ‘drink’, that’s splitting the infinitive and this piece ends here, because someone with grey skin, massive mutton chops and a Bobby Charlton comb over will kill me instantly with a single glare.

In Victorian times, I’d have been publicly hanged for daring to split an infinitive in my copy. I mean, the actual front of it.

It was the Victorians, you see, who were largely responsible for convincing the masses that splitting infinitives was an indefensible crime of grammar. The rambling, crusty old bastards.

Because it’s not like they had more important things to worry about, is it? Like the bubonic plague or their lack of humour.

Their ‘rules’ stood the test of time, though…

At the start of my newspaper career, I was publicly vilified by a weathered old sub-editor for splitting an infinitive deliberately when copy-editing a magazine feature.

I’d made the sentence in question sound quite good (IMHO) rather than clunky, befuddled and nonsensical, but…

“… the rules are the rules, young man. Now, bend over and bite down on this pencil.”

Let’s look at it this way. In the example of me necking my Bombay and slim and legging it, what sounds better?

The first two make reasonable sense and are perfectly acceptable as far as I’m concerned, but the second one splits the infinitive, meaning someone really dull, somewhere, will poo themselves from outrage alone.

The third one is just really shit writing, but it doesn’t split the infinitive.

I’d use the first one.

“But you said you couldn’t care less about splitting infinitives?”

So, what’s the answer to all this, then?

The truth is there isn’t one.

Are the rules really the rules?

Or are they there to be broken?

I say do what works best for whatever it is you’re writing.

If splitting an infinitive makes your copy flow better, do it.

If running with the infinitive pack works better in a particular paragraph, do that.

If you’re penning a financial white paper for an audience of crinkly old crones who fart dust and voted Leave then, of course, you should never even think about splitting an infinitive, let alone actually split one.

But if you’re knocking out a social post about a pair of sick ice white trainers for a bunch of intimidating teenagers standing outside the local One Stop, don’t compromise the flow and tone of your writing by getting pinned down by infinitive fear, bruv.

So, boldly go wherever the hell you like with your copy, as long as it makes your audience feel something and take that all-important action.

Five SEO blogging tips to help you stop boring the tits off your audience
December 10, 2019