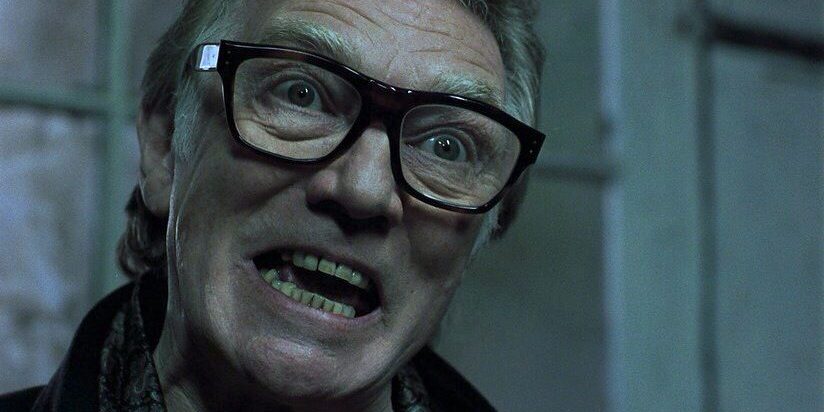 If your audience is ‘Brick Top’​, then talk to them like Brick Top. You mugs*.

There are a lot of bollocky sayings in business, aren’t there?

I realised it the other day when I was indulging in some blue sky thinking, while attempting to get all my ducks in a row and drill down into the crux of the issue.

I need to get my team together to throw a few ideas around and see what sticks, but it was clear to me that if we are to really gain traction then we have to stop moving the goalposts.

Okay. I’ll stop there before we go down the road of ‘idea showers’, ‘relationship leveraging’, ‘low hanging fruit’, ‘moving cheese’ and ‘mind sharing’.

Imagine if I’d ever suggested an ‘idea shower’ to Tanya in accounts.

I’d have been up in front of an employment tribunal before I’d even had time tuck in my low hanging fruit.

And while you’re having an unwanted imagination shower at that image, switch focus and imagine if you penned that kind of nonsense in paragraphs two and three for your audience.

Then take a look at your social media posts.

Then go through your landing page titles, headings and copy.

If you haven’t lost the will to live as you discover that, yes, you do talk to your audience in that same jargon-led, vain, attempting-to-impress, bollocky way, move on to your online and print ad creatives.

There might only be four words on a print advert for your product. But does that make them less important than the 300 on your website ‘About’ page?

Why? Because EVERY. SINGLE. WORD. IS. IMPORTANT.

Did you see what I did there? I broke a shitload of ‘rules’.

Because in copywriting, grammar (and even punctuation) only matters so much

I can almost feel the mob (traditionalists who should stick to writing elongated medical white papers and contracts of family law) glaring down at me from their grammatical ivory towers, pitchforks in hand with little semi-colons on the handles.

‘Ser Gregor, take away this naysayer and remove his head. Then bring it to me on a spike.’

Or, if you’re more Guy Ritchie than Game of Thrones, perhaps you’d prefer:

‘Errol, drip dry this blagger and then feed ‘im to the pigs. Then get me a cup of tea, you Toby.’

And that’s kind of the point I’m making.

If your audience are ‘Brick Top’, speak to them like Brick Top, not Queen Cersei.

As a copywriter, that’s my brief.

And I break the rules of the Queen’s (Lizzie, not Cersei) English along the way from time-to-time.

Because writing in a way your audience understands is far more important than the sentence that split an infinitive in paragraph three.

It’s not even ‘Love Island – On Paper: The Official Love Island Guide to Grafting, Cracking on and Mugging Off’.

Unless, of course, you’re doing the copy for the official website that sells those really cool bottles the Islanders drink from.

What I’m trying to say is that good copy is about soooo much more than simply a bunch of words on a screen, no matter how grammatically correct and coherent they may be.

Words are the story of your business. What you are, how you came to be and what you stand for.

So embrace them, but treat them with respect and ponder their meaning before rattling those keys.

Most of all, though, be brave with them.

Make them work for you and make your audience feel something when they read them.

And if you want to break a few rules along the way to help those words really stand out and connect with your customers, then why the hell not.

But anyway, that’s enough mind sharing for one day…

* You’re not mugs. I was just using words to catch your attention.

Five SEO blogging tips to help you stop boring the tits off your audience
December 10, 2019

Sod the Victorians. If splitting an infinitive makes your copy better, do it
October 18, 2019
Go to Top